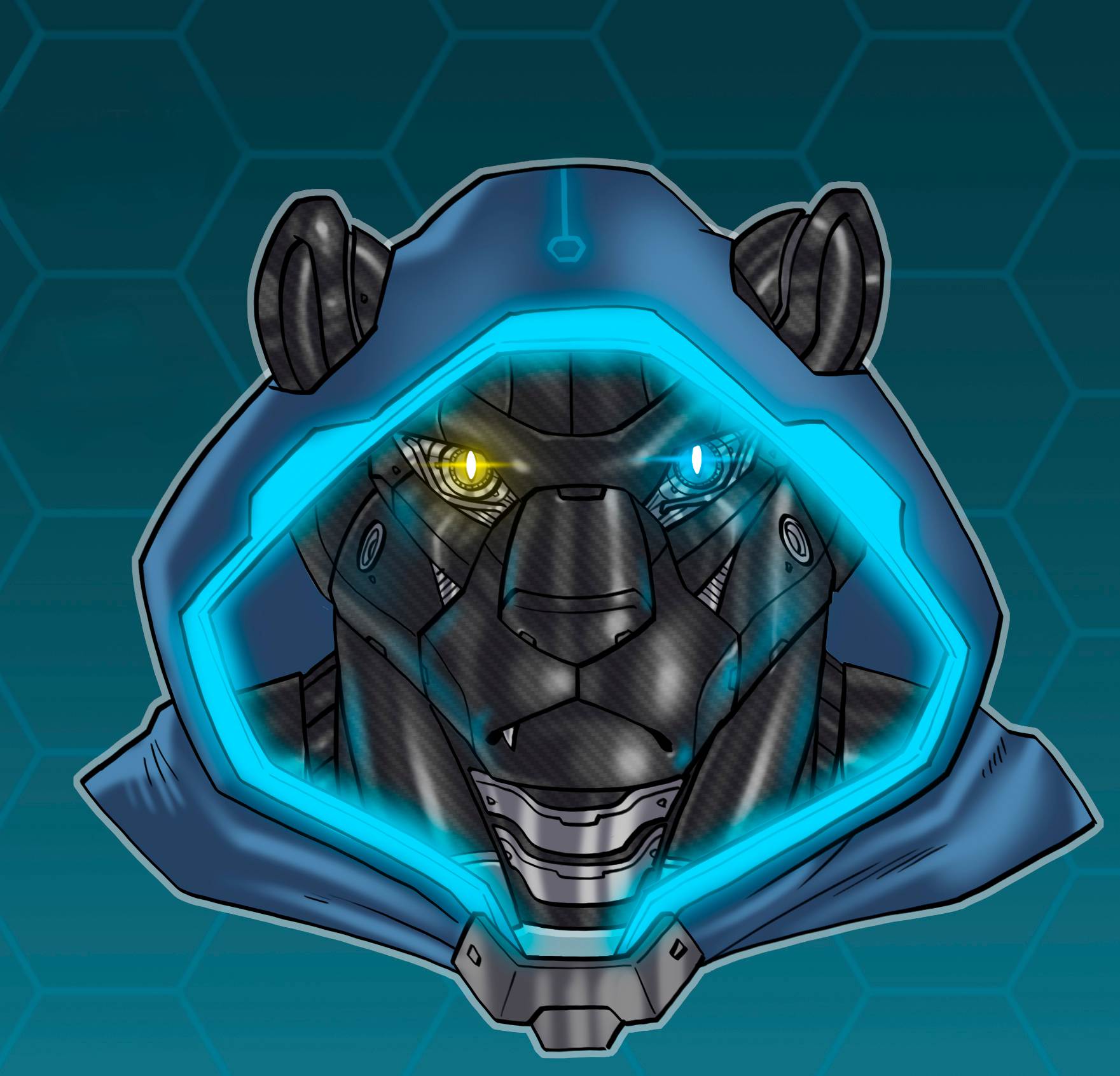 After deciding to design my own Fursona, it took about two years to come and go, after several fine-tuning, Racconwolf finalized it for me, Thank him for burning a lot of brain cells for me.

The nano-polymer bionic body is essentially a nano-mechanical creature, usually made by compressing the nano-mechanical simulation of the body as a disguise, deliberately leaving scars in addition to nostalgia for the past flesh, but also part of the disguise as a biological body.

Unknown origin, can not detect the material and the year of the Book of Goo appear in the body when I become a nano creature, and when I take them out, they pretend to be made of polymerized nano particles, from which many chain-like nano machines can be ejected.

Partial removal of the disguise. The nano-mechanical decompression of the whole body into a chain structure, forming a tar or rubber texture, the surface can be completely sealed, completely through the sensor to identify the object, if necessary, can be partially condensed out of the flesh.

Compared to the decompression of the goo form, the nano-mechanical more condensed into a solid muscle bundle and mechanical structure to reduce the efficiency of the interaction of external materials to improve the overall mobility, the biggest role should be to make the picture of the battle more like a science fiction film, rather than a pile of black goo horror film that will decompose people.

The earliest character finalization by Otader

The Upgrade: Brothers in Arms by Mythical Mistress